The Remix Play Summit has finally materialised and play-personified Feb 15th, 2017 at the Disruptive Media Learning Lab! The initial idea was concocted last year – see a brief introduction to the Remixing Play concept. Since then we have carried out our Remixing Play approach with various groups at the university as well as internationally (including Germany, France, Trinidad and Tobago). And the key highlight is the main celebration of Play in HE at the Remix Play Summit 2017. A huge shout out to the GameChangers and DMLL team, who  coordinated the event, especially Helen Keegan, Oliver Wood, Cathryn Thompson-Goodwin, Lauren Heywood, Debra James, Luca Morini, Samantha Clarke… And thanks to all the speakers and everyone who participated. And thanks to HEFCE for part-funded some of the GameChangers activities.

The event went brilliantly with clear progressions from the context for play and games through to play in HE and practical insights into gameful and playful design, thanks to our featured speakers – The Godfather of the Game Industry (Ian Livingston CBE), The Godfather of play studies (Bernie de Koven), play for HE researcher and activist (Professor Nicola Whitton) and a well known researcher of gameful design, whose definition of ‘gamification’ is widely accepted and quoted by others (Dr. Sebastian Deterding).

A plea for good design, not games for the sake of it, by @dingstweets #PlayRemixed pic.twitter.com/gxLZsxa8t6

The event was very interactive and there was no dull moments!

Please also have a look at Daryl Peel’s fantastic summary of the day.

The summit also included showcases of the various playful and gameful toolkits and methods which have been developed and/or implemented under the GameChangers programme (including the EscapED, What is your story, Lego). More toolkits will be provided on the GameChangers website soon (still being revamped as we speak).

Found the Lego room at #PlayRemixed. Good to share ideas about it's being used in HE. pic.twitter.com/JgNuft9vB5

The summit has also served as a good platform for the Newton CreativeCulture UK-Malaysia project. The Malaysian team was inspired by the event and provides a strong introduction to the adaptation of the GameChangers approach in Malaysia.

The event attracted 63 staff and students and 41 external peers. The Summit’s twitter hashtag #PlayRemixed was also trending on the day in the UK – charted at no 3 on the trending list! A great feat! And we have also reached a huge audience. Thanks to Debra James for the TweetReach snapshot below. 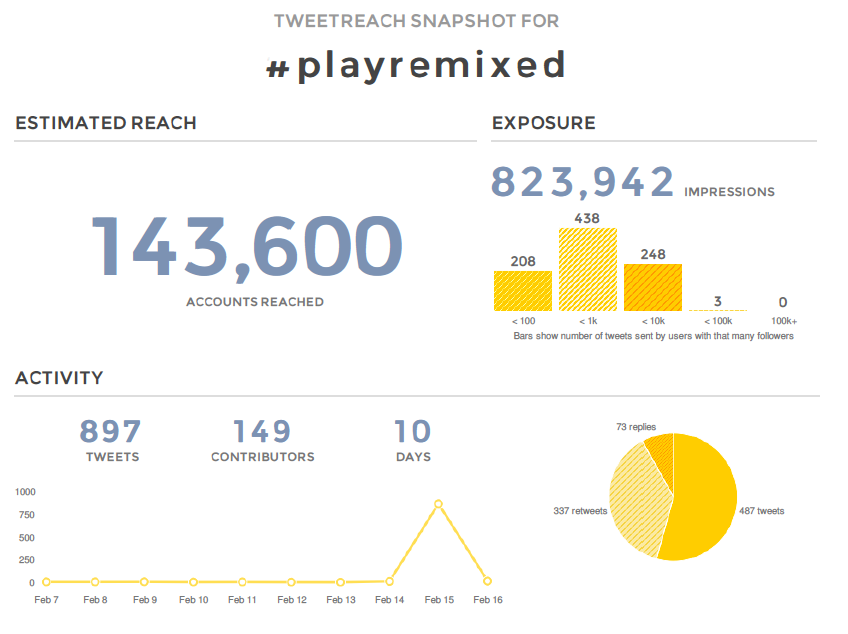 Here’s to the next instalment of Remix Play Summit 2018!

A researcher, practitioner, author, and speaker of empathic and experiential playful and gameful design practices. View all posts by Sylvester Arnab